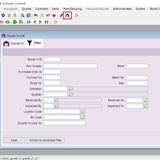 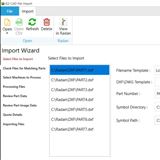 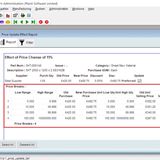 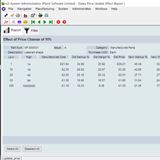 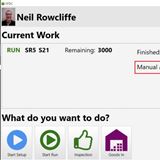 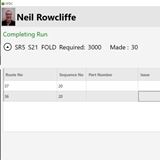 A Century Of Updates For e2i From Vero Software

The latest release of e2i, from Vero Software, contains more than 100 completed development items, including 22 which have been specifically requested by users.

They include a Goods In function for all users, which automatically updates Purchase Orders without the need to manage stock levels. It means related POs are now updated when parts are received from suppliers, even if only partial deliveries are received.

E2i Product Owner Neil Rowcliffe says in previous releases the Goods In functionality was only available to users with the stock control licence at additional cost, which keeps stock levels up to date as well as recording the arrival of parts from suppliers, with the option to reject them if necessary.

“Many customers asked specifically for this to be added to the standard software, so we’ve included it this time. It means all users can create Goods In records to keep purchase orders up to date, and easily record partial deliveries, instead of having to manually update the POs.”

Sales prices for groups of manufactured parts can now be updated using a similar method for updating prices of purchased items. Data is entered on the Filter page, and the results show in the Reports. This provides the opportunity to choose the parts for updating, and the Sales Price lines if necessary.

“The ability to add sales prices which can be declared on all parts, is intentionally kept separate from the manufacturing cost, to allow for small variations in cost without affecting the price charged to customers. Users could always see how the sales price related to the manufacturing cost, but had to change each part individually. With this enhancement in e2i 2018 R2, they can update the new sales price for a number of parts in one go.”

The Price Update feature has been extended to include price breaks, by adapting the interface used for updating headline prices.

An important new feature in Shop Floor Data Capture allows operators to manually distribute finished quantities for Super Route Cards, which ensures up to the minute accuracy for all related data. Super Route Cards allow workshop operatives to start and finish an operation once to record production of a group of parts. Previously, the system would approximate the quantities of parts finished instead of allowing exact values to be entered. Now, the workshop can declare the actual figures, ensuring total accuracy.

Enhancements have been made to creating Delivery Notes via the inbuilt wizard, allowing the Customer Order number to be specified in the Filter. “This is another way of reducing the data to manageable levels,” says Neil Rowcliffe. “Users asked for another way of finding delivery notes which needed to be created from the system…specifically, each contract has a record of the order number supplied by the customer, and this is the item that can now be filtered.”

The Record Copying function now offers more user control, with the option to copy related data as part of the process. Components have a different set of options to customers, for instance…and selections are remembered the next time the copy function is used.

“Aspects such as parts, quotes and contracts can all be copied to create new data. While some users didn’t want specific details like notes and attached files copying, many others did. So, to support both groups of customers, we’ve added settings to give individual control over each type of record. Once a user gets the settings how they want them, the system  remembers them, until they’re manually changed.”

Finally, e2i is seeking customer feedback on a new CAD File Import system launched in 2018 R2, but running alongside the existing function. “Users told us they wanted the import process to allow matches to existing parts in the database to be handled intelligently rather than just overwriting details. That would inevitably require more manual input and slow the process down. So we’ve included those new controls, in the latest release, and are trialling it,” concludes Neil Rowcliffe.